We are pleased to announce the production of a fine-scale RTR, injection-moulded 0 gauge model of the Great Western Railway Gunpowder Van in 7mm scale (1:43.5, for 32mm standard gauge). It is Minerva’s second model in a range of rolling stock and will be available during March 2018.

The first iron Gunpowder Van actually preceded the famous Iron Minks by some years, being built in 1885, but the diagram modelled was introduced in 1897, with further batches at intervals until the First World War. Some were converted later to Iron Minks, but then reverted to their original purpose as further hostilities loomed in the 1930s. They were very long lasting, with known examples surviving into the early 1980s. Further historical information can be obtained from ‘GWR Iron Minks’, published by the HMRS.

The retail price per wagon is £42.00 including UK VAT. A discount of £2.00 per van is available for orders of five or more models. Delivery of the production models is expected in March 2018. 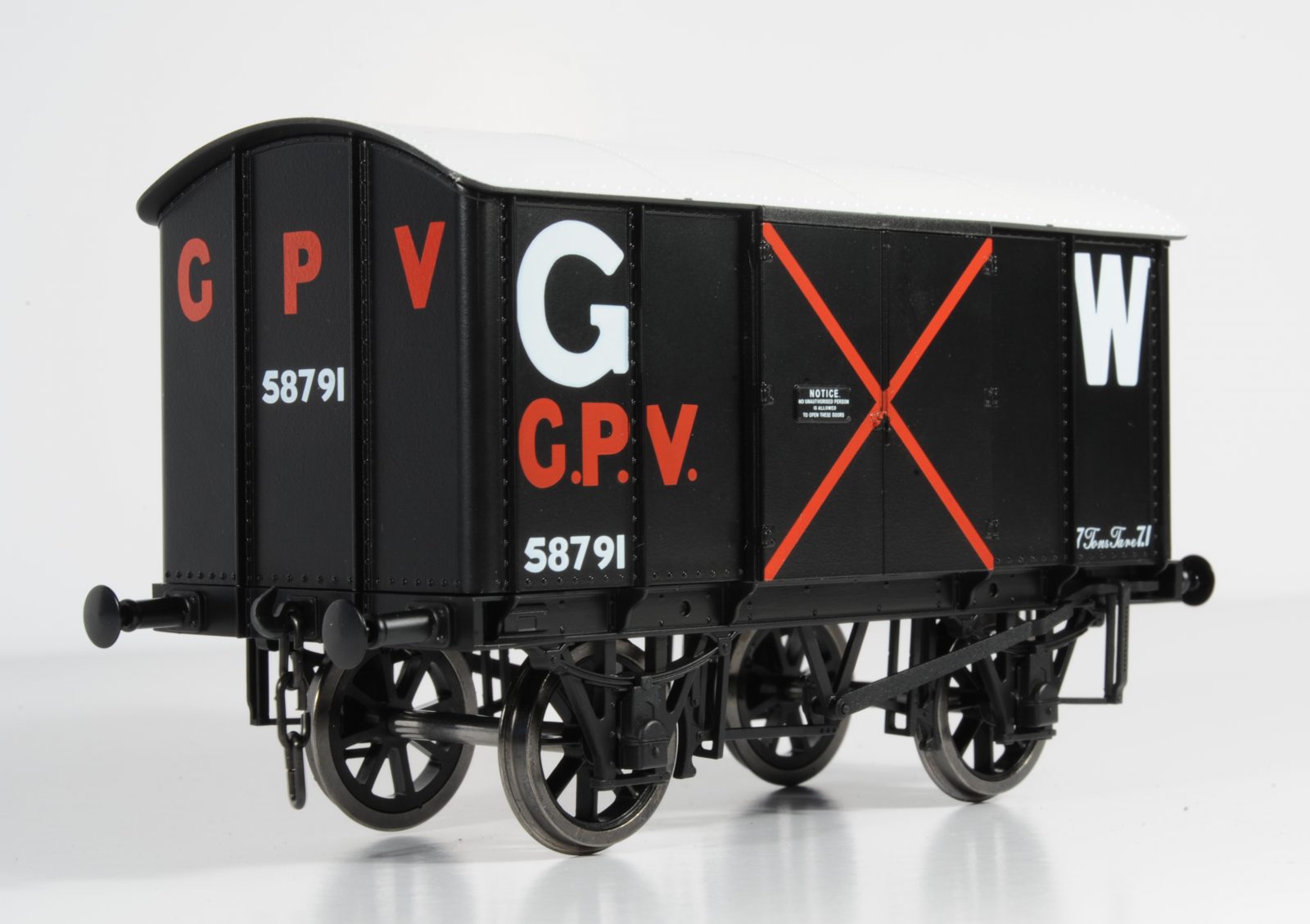 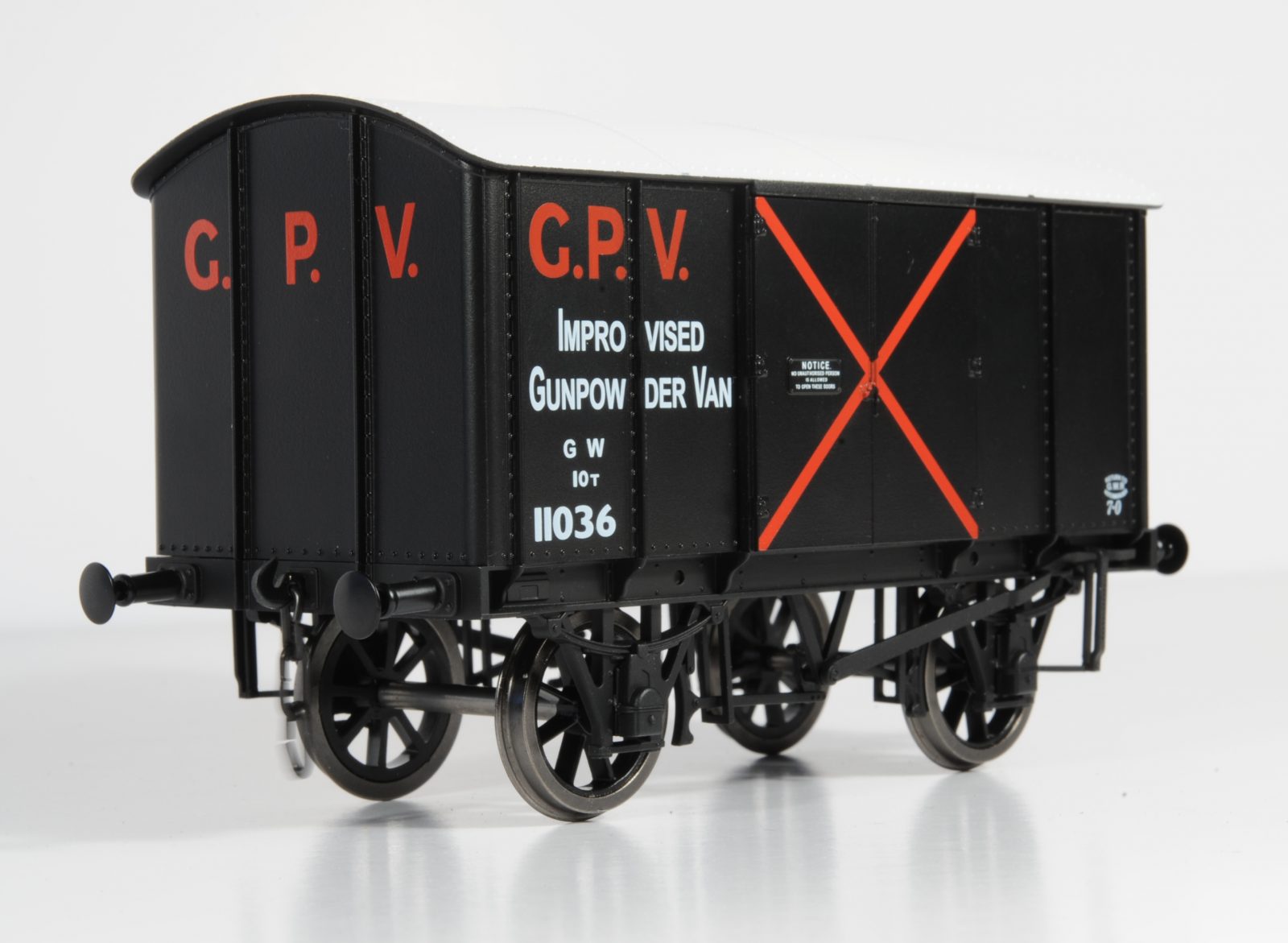 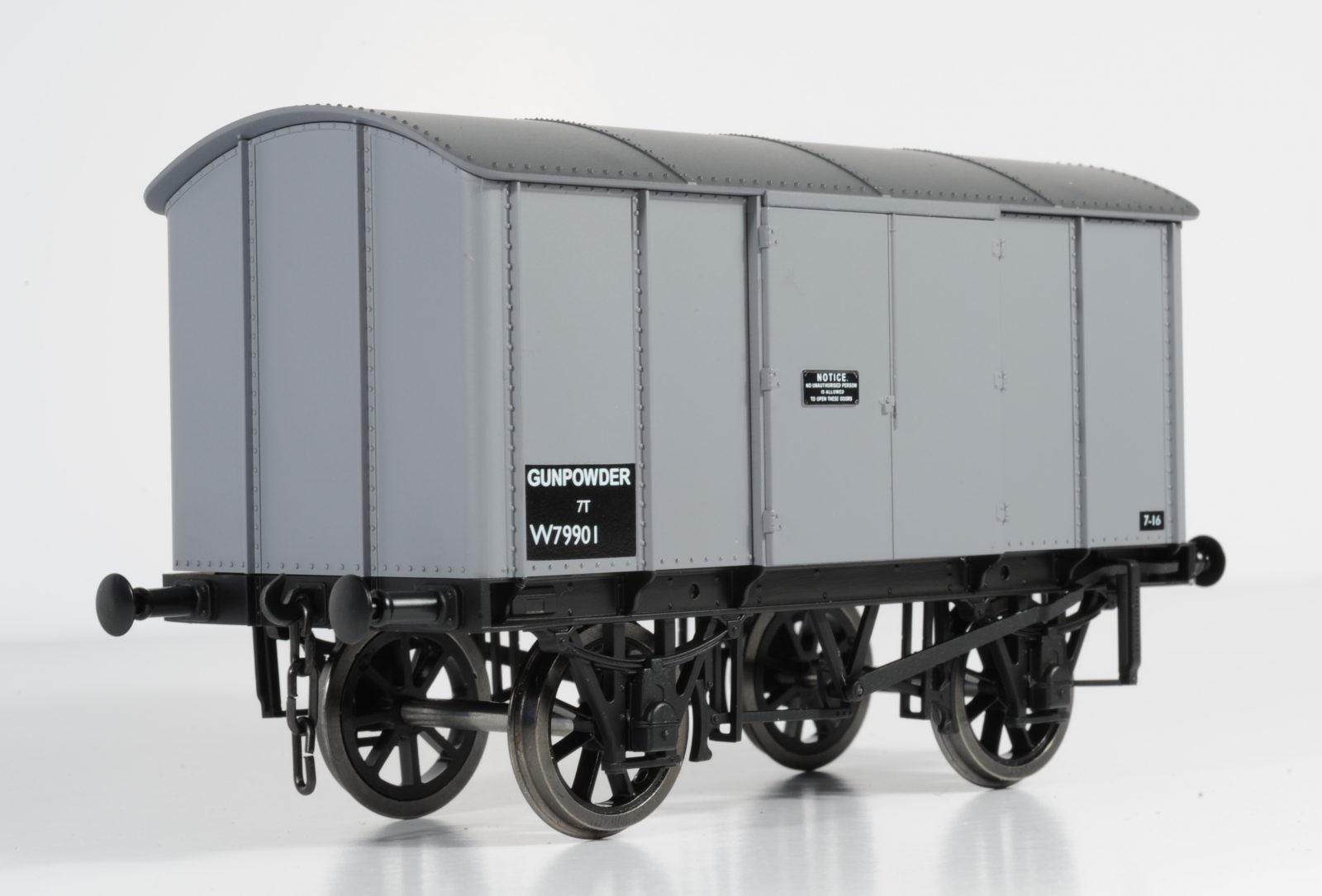